Friends of Fannie and Freddie Flex Their Muscles 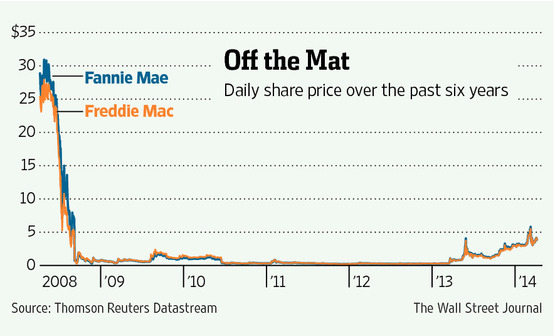 Investors in Fannie Mae FNMA -1.21% and Freddie Mac FMCC -1.46% appear to be building a more sophisticated lobbying apparatus in Washington weeks ahead of a key Senate vote on a bill that would replace the companies.

A new tax-exempt group calling itself the Coalition for Mortgage Security launched on Monday to campaign for legislation that would protect the rights of investors in the bailed-out mortgage-finance giants. The group echoed the position of many hedge funds and other investors that are suing the government over its oversight of the companies, arguing that changes to their government-bailout agreements violated property rights.

Separately, a conservative senior group, the 60 Plus Association, last week said it had bought $1.6 million in television and radio advertising targeting lawmakers in seven states that have signaled support for the housing-finance overhaul, which they said would harm “ordinary investors” in the companies.